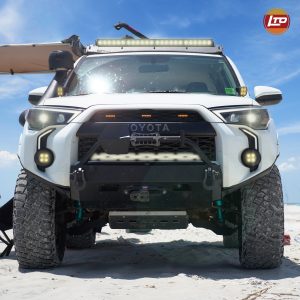 My name is Huston Hatch, and I’m the owner of Lextechs Overland and the White Shadow. The White Shadow is a 5th generation 2015 Toyota 4Runner SR5. It’s the second 4Runner I’ve owned, the other being a 2005 v8 SR5 4wd. The name White Shadow was given to her by my neighbor and sorta just stuck (he’s named all my cars, contact me for a full list).

When I first bought the White Shadow, the plan was to keep it mild: leveling lift, slightly bigger all terrain tires, TRD Pro wheels and a grille. After having my 4th gen, which was somewhat heavily modified, I was determined to have something that had good road manners, ok gas mileage, and could hit a mild trail, but nothing too serious. As you can see from the pictures, this is not that vehicle. 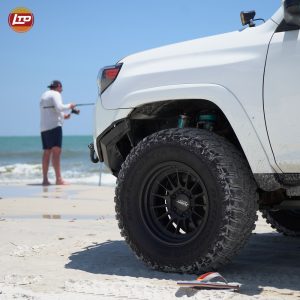 Like many of you (or soon to be many of you), I got bit hard by the overland bug. It started simply enough with a Prinsu rack and rock sliders then quickly progressed from there. Next up was a Toytec Ultimate lift kit, a proper 285/70r17 tire, and a Southern Style Off-road slimline hybrid front bumper.

The modifications continued from there, and as Lextechs Overland continued to grow and add vendors, it became the perfect test bed for new parts. We really not only sell and install overland parts, but get out there and use them. We don’t sell anything we haven’t tested first hand out on the trail. 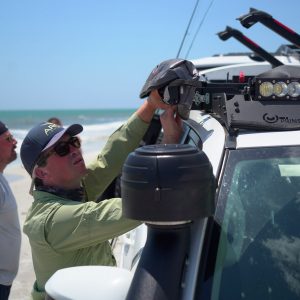 The plan as it stands now is to install the ARB air lockers I’ve had sitting on the shelf and call it a day. I know that won’t be all, but it sounds like a good plan in theory.

If I could offer any advice to people getting into overland, it’s to take your time to plan out the vehicle you want to end up with (we can help with that!). That can mean spending a little extra on the suspension that you can really upgrade around if it’s something you really get into (I’m on my 4th suspension setup). Secondly, be patient and get the parts you really want even if you have to wait a little longer for them. Finally, the most important suggestion I have is to get out there and do it! The southeast has so many beautiful places to see and many can only be accessed by off-road vehicles. I’ve seen a lot of cool places and met a lot of cool people on the trail and look forward to discovering more cool places and people. 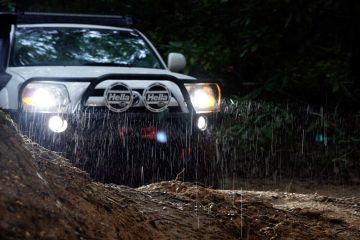 The Owner Meet Jace Abrams and his 2006 V8 Toyota 4Runner Limited overland build. Beyond being our awesome shop foreman, Jace is also one of our top overland gurus on staff. He knows his stuff. Read more…